Inspired by American Patriots for God and Country

Here’s a story about us.

After months of false accusations and being stalked on Facebook by his former employer, former co-workers, Antifa, Muslims and other leftist operatives, in June 2017, Steven J. Baldassari (founder of American Patriots Apparel and American Patriots for God and Country) was fired from his corporate America back-office banking job.

Steve had worked in three different positions at the bank for six years. Despite getting raises and bonuses year after year, the intolerant, unwell left couldn’t handle that Steve was/is a conservative Christian and so, they made up fake news stories about Steve to destroy his career just as they are currently doing to President Donald J. Trump. The left as it often does played to their own delusions pretending the truth he was speaking in public squares and posting on social media was hateful. In other words, the truth triggered them.

“In times of universal deceit, telling the truth is a revolutionary act”. – George Orwell

Steven Baldassari (left), carrying an American flag, is confronted at the First Boston Free Speech rally by masked Antifa protestors on Flagstaff Hill on the Boston Common. May 13, 2017

The left’s way of coping with any potential guilt or wrongdoing on their part from sabotaging Steve’s life and career was to say that they had “tried to warn him” to do as he was told on multiple occasions. You see, they wanted him to be compliant, to be submissive to their will and above all else, they wanted Steve to be silent! They wanted him not to speak the truth about anything they supported that was wrong or about anything in general that they deemed offensive.

As if it isn’t bad enough that the wicked left seeks to discriminatorily silence right-wing workers like Steve inside of work hours while letting the left leaning employees say and do whatever they wish, they took it a step further and were trying to silence American Patriot Steve Baldassari outside of work hours.

Steve refused and instead went all in. He continued to stand for the truth. Baldassari is a firm believer that “silence is consent and silence where life and liberty is at stake, where by a timely protest we could stay the destroyer’s hand, and do not do so, is as criminal as giving actual aid to the oppressor, for it answers his or her purpose.”

That is something you would think everyone, even on the left would agree with considering the aforementioned quote stems from Ernestine Rose (a pioneering women’s rights advocate of the 1800’s. But no…

After terminating Steve from his job, Steve’s former employer allied with the Massachusetts Government (more specifically the Department of Unemployment Assistance), to deny him unemployment benefits. The reasons they listed for doing so were “Social Media” and “Social Networking”. In other words, they didn’t approve of what American Patriots Apparel owner Steve Baldassari said/says on social media and/or who he was networking with.

As a result of the evil left’s forced financial troubles, Steve was forced to sell everything he owned and move from Massachusetts to Florida (with only one car load of belongs that he had left) where the cost of living is more affordable. Steve struggled continuously to find work and struggles to this day.

It’s quite apparent that Baldassari has been blacklisted by Corporate America because of his Christian and conservative beliefs. This is the reason for his troubles with being hired despite his clean background, great credit score, education and work experience. Tired of spinning his wheels and being held down by the politically motivated left, Steve decided to take matters into his own hands.

Knowing that American Judeo-Christian values are not the problem, Steve decided to take charge of his own career and follow his God-centered patriotic passions. In September 2018 American Patriots Apparel was born. The doors officially opened for business in March 2019. Ever since, the left has been attacking this site. People of the left have complained to Shopify who hosted it and in turn, Shopify who is also run by leftists censored products, collections and made threats to take down the entire store under false guises of violations of their user acceptance policy.

In March 2021, Shopify terminated our account with them entirely and took down our entire 1,250 product store. Out of these ashes emerges a new and improved store built on a new platform that will not so easily be censored out of existence. However, we are still facing many obstacles to merely existing today because of the left’s intolerance. For example on April 28, 2021, Amazon Pay sent us an email notifying us that they were closing our account making it so you our customers can’t check out using Amazon Pay any longer. In that email, they said, our website MAY be in violation of their “Acceptable Use Policy” and that it is “Generally Offensive to Others”. So, they wouldn’t even say that we did violate their policies because they know we don’t and “Generally Offensive”… what a laughable thing to say. The rest as they say is history!

This is a story about us at American Patriots Apparel! It’s one of many that the good people of this world could tell. Yes, it’s been very difficult and sometimes it’s hard to get back up when you’ve been knocked down but, the story’s not over! Battles continue to be waged daily against our freedom and our way of life! Yes, we’ve lost some of those battles but make no mistake about it, the war has just begun! We all must continue to fight the good fight, standing up for what’s right no matter the cost even when we face persecution for doing so… especially then!

During these times of hardship, ask yourselves this QUESTION: Why do we fall? ANSWER: So that we can learn to pick ourselves up.

Patriots from all over this great Republic and across the globe have their own stories of struggle and triumph to tell. What’s yours? E-mail us your story at Info@AmericanPatriotsApparel.com. If it’s worthy, then we’ll publish a blog post of your story of faith, perseverance, courage and sacrifice.

Just because the world has lost it’s way and abandoned the principles of God and Freedom, that doesn’t mean we American Patriots for God and Country should too. On the contrary, it’s time to lead by example and show people the way back to the promised land! Patriots to the end… Not on our watch! Out of the ashes we rise again! RISE ABOVE!

Until next time, stay American, stay Patriotic and above all else… STAY GODLY! Peace! 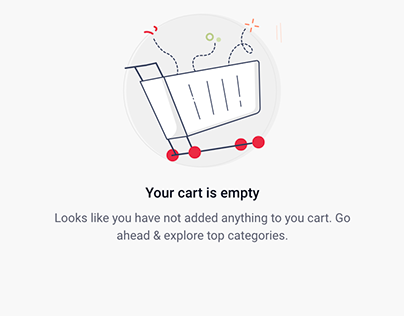